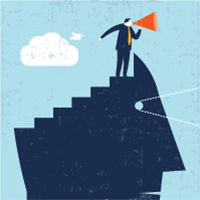 [av_textblock size=” font_color=” color=” admin_preview_bg=”]
Coaching teams to higher performance is a best practice for sales leaders. And it’s a very hot topic in business right now. In fact, every client we work with recognizes the importance of developing good coaches within the ranks of their management teams.

Thousands of books have been written about coaching, ranging from biographies on notable coaches and their coaching philosophies to coaching winning teams and athletes as an analogy for success in business and sales. Coaching is a philosophy, a discipline, and most importantly, a skillset. Although coaching resources are vast and widely available, coaching remains an elusive skill set for many to master.

While attitude and character traits cannot be taught, skills and behaviors can be taught and coached. The truth is, anyone can be a coach.

At ValueSelling Associates, we coach sales managers so they are empowered to coach their own teams, and we coach sales reps to reinforce the ValueSelling Framework® within their daily sales processes. The concept can be academic, so let me share examples of competences that demonstrate excellence in coaching.

Make sure your coaching integrates the skills of role modeling, adding value, partnering and giving developmental feedback. And keep in mind that mastering coaching skills should not be limited to managers. Teams often have player-coaches and leaders who can contribute to the development of others. According to both Don Shula and Ken Blanchard, “Everyone’s a coach!”